I recently wrote about receiving the game Sayonara Wild Hearts for my birthday. For some context, I'd somehow happened upon a preview of this game and thought, "this looks neat," even though I had no clue what it actually was. Nevertheless, I added it to my wish list because I was intrigued! I'm definitely glad that I did because it is an awesome game!

Sayonara Wild Hearts is a casual rhythm-type game where you navigate the protagonist through a series of increasingly challenging levels, while collecting hearts and aiming for the highest score possible. A story of heartbreak and self-redemption is told along the way ultimately ending in redacted. guess you'll just have to play it to find out!

Seriously, though. There aren't a lot of games I play during which I genuinely smile and revel in the awesomeness before me, but this is absolutely one of them. And I'll explain why.

But first, a disclaimer of sorts...

I say these things because this game has a lot of visual and auditory stimulation. Like a lot lot. This doesn't tend to bother me because I do a lot of FPV drone flying, which can be extremely disorienting, but I could definitely see it bothering some people. 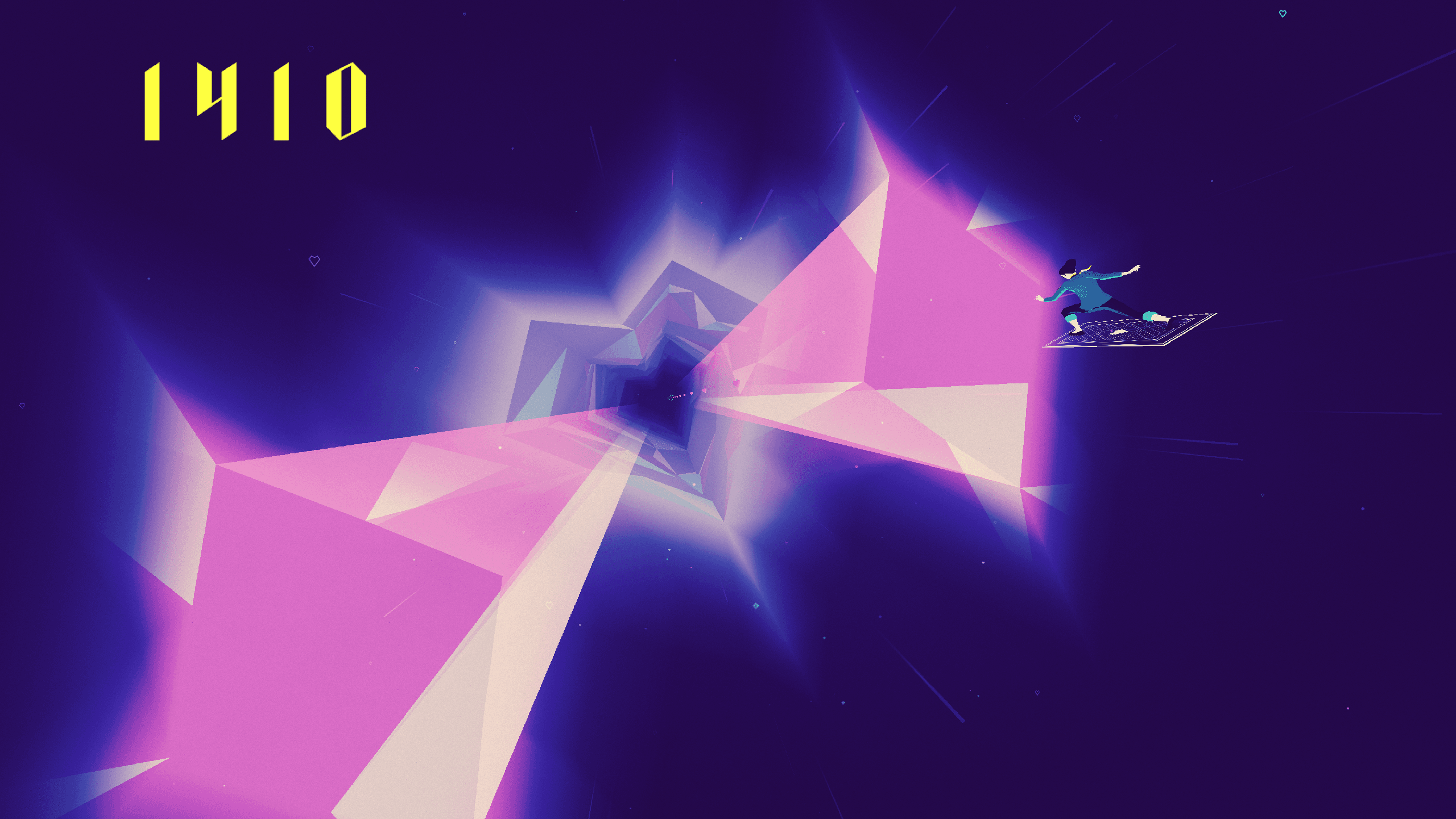 With that out of the way, I want to give you three reasons why you should play this game. 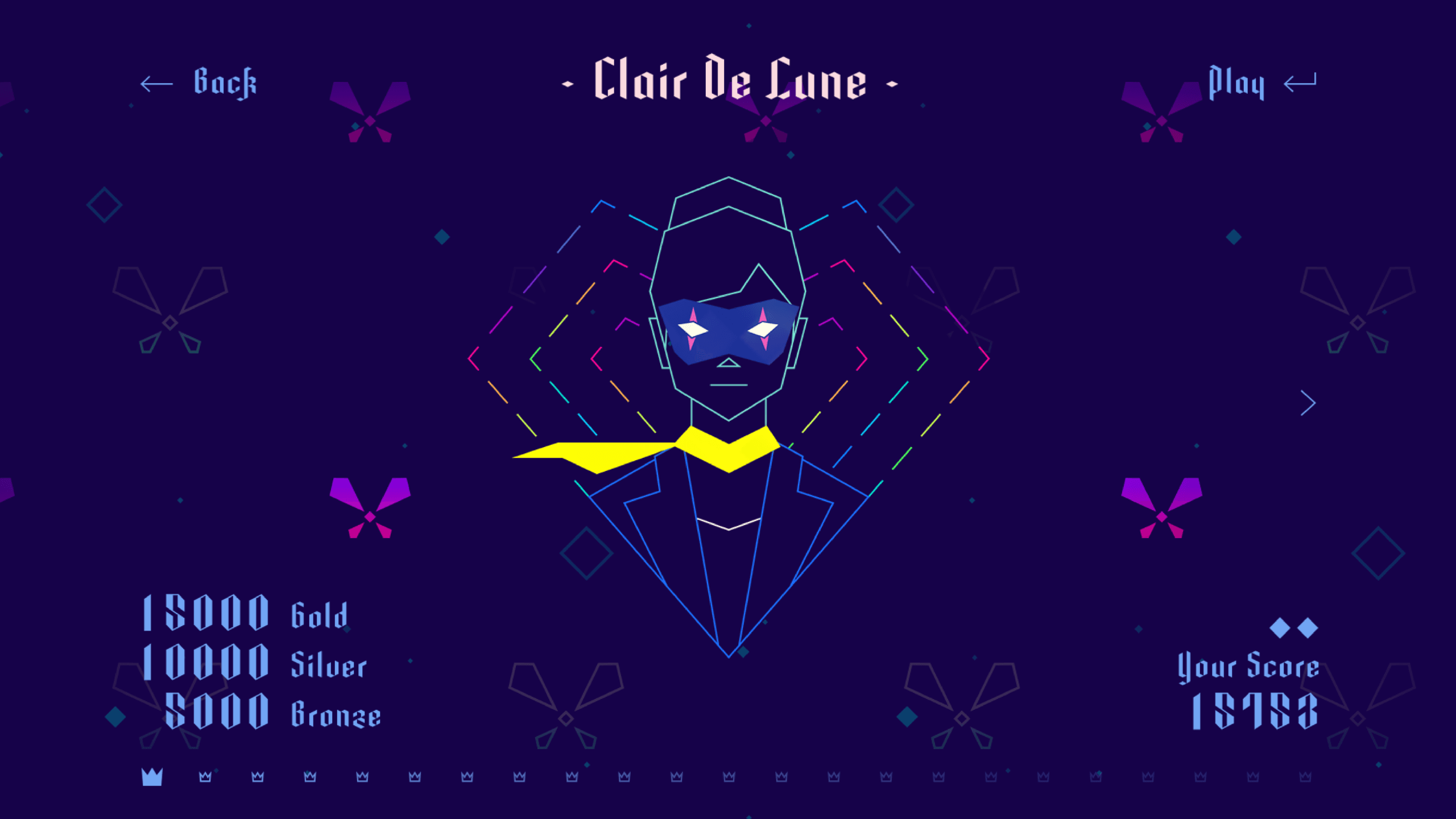 Sure, this game has a lot of stimulation, but it's done so beautifully. There's something about really good music synching up perfectly with gameplay that really entices me. It somehow makes me feel more connected as a player, and I absolutely love how it's implemented in Sayonara Wild Hearts. I very much appreciate the though and care the developers took to get this right. 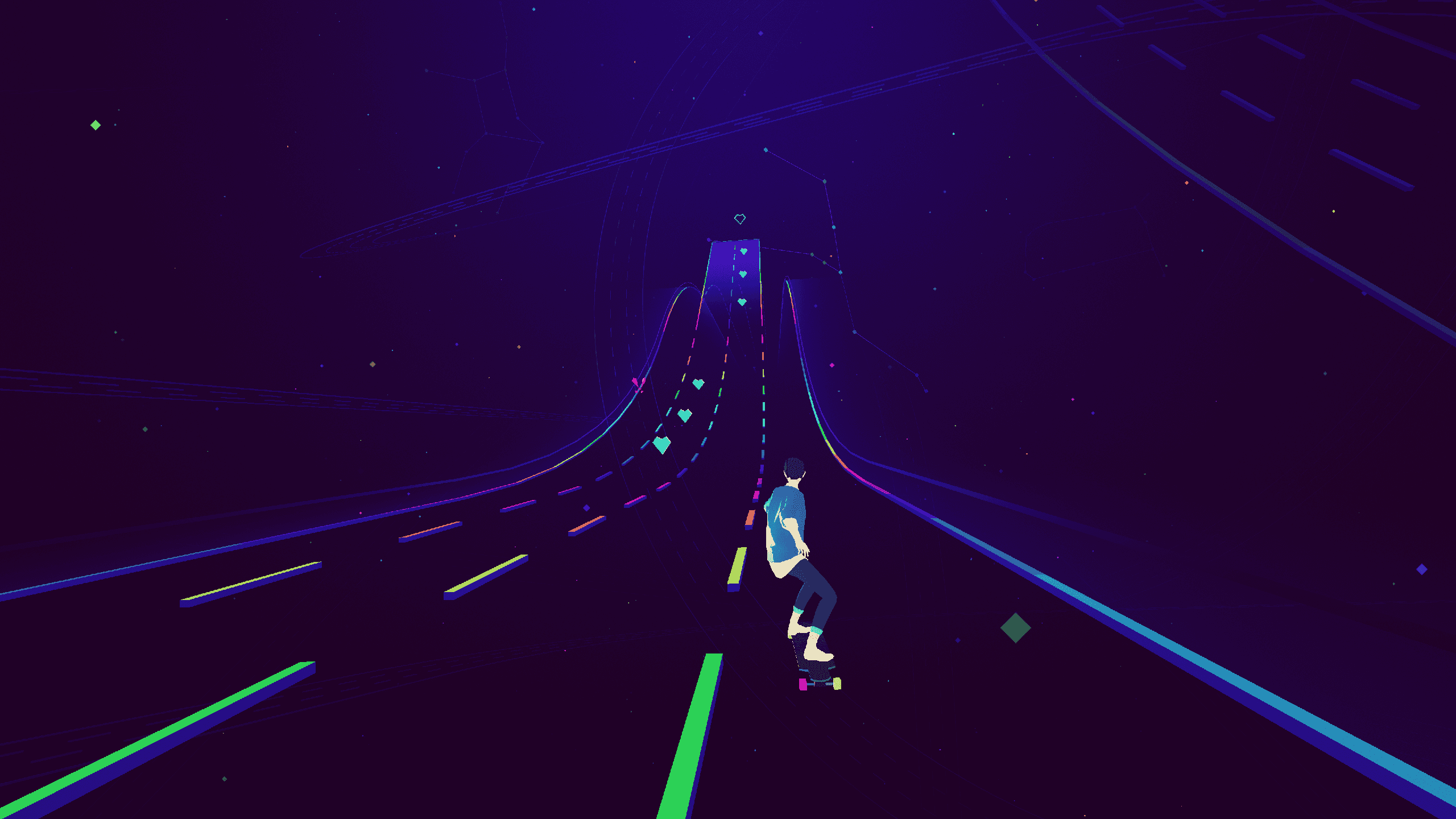 There are three controls in the entire game: "Left", "right", and "action". That's it. This means the game must rely entirely on the diversity of its levels to introduce new mechanics and difficulty, and it 100% does. From high-speed motorcycle chases, to worm hole skateboarding, to slaying three-headed robot wolf things, you won't be disappointed by the diversity of the levels the devs have concocted using just three player inputs. It's really really impressive. 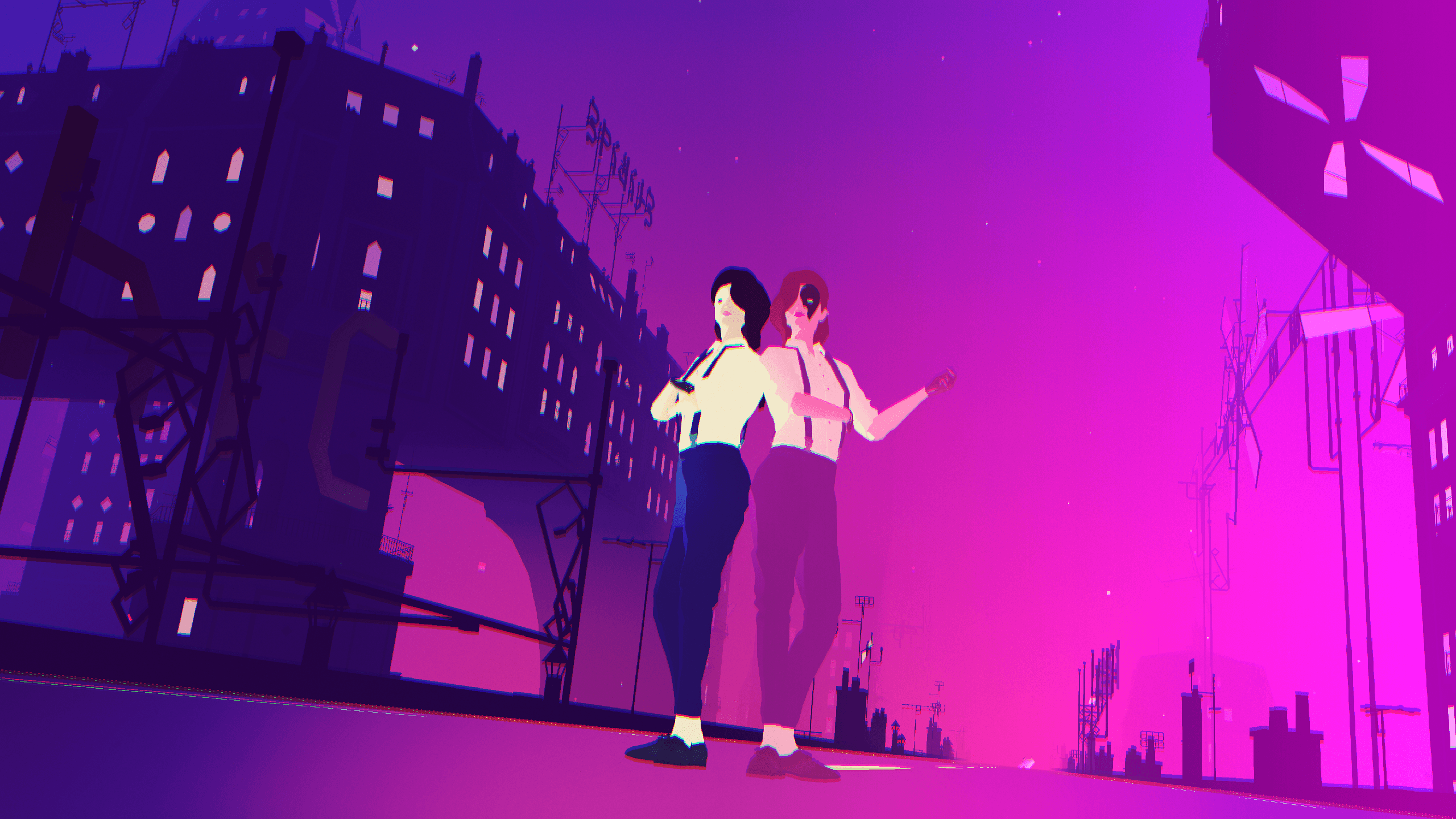 This is probably my favorite stage in the game. I love the song and I love the core mechanic. I won't give away any more than that!

I was talking with a friend about this game, and he described it as an "interactive music album". This pretty much describes Sayonara Wild Hearts in a nutshell. I don't actually know if the gameplay or the music came first, but the game mechanics feel like they were built specifically to enhance the songs... Or... The songs were written specifically to enhance the mechanics? Either way, they mesh beautifully every step of the way.

If I had to sum up my favorite game genres, they would be:

Sayonara Wild Hearts is the first three of these at the same time, which already puts is super high on my list, but not without good reason. If you're in the mood for a good soundtrack and a challenging game, I'd definitely give Sayonara Wild Hearts a shot. It's relatively short, but you won't be disappointed.