So I've been wanting to make a list like this for quite a while now. Sure, it's been done to death, but I think many of the lists out there are much too "today-biased". What I mean is that they don't seem to give enough consideration to the reasoning behind their decisions other than "OH MAN IT HAS REALLY GOOD GRAPHICS" or "OH MAN IT'S SO REALISTIC".

Obviously, these are valid points, but to me that's not what video games are about. To me, they are feats of engineering, science, and technology. I don't usually see people accounting for what games represented during their respective times of creation. I'm specifically talking about things like, "this game was a side-scroller in a world where the concept of side-scroller didn't exist."

I'll disclaim this post by saying that, No, I haven't played every video game in existence, nor have I probably played a lot of what would be considered "the most popular" games. But I'll extend that disclaimer by stating that, as a computer scientist, I'm probabaly not looking for the same qualities in a video game as the average consumer. And based on the following list, I'm sure that will become evident.

Okay, enough Jibber Jabber. Let's get to it! 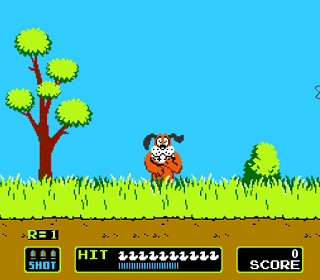 I like how the score is zero. Just walk up to the screen and score some points.

Nintendo has always been pioneering input methods for video games, and the Light Gun is no exception. Nobody can deny that it's pretty awesome to be able to pull the trigger of a plastic gun pointed towards a screen and have it actually "do" something in the game. For a game in 1985, this was WAY ahead of its time. 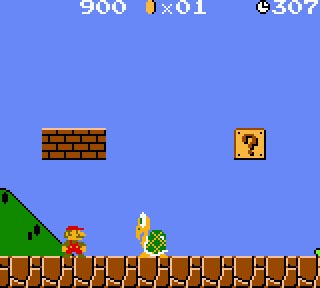 Don't come any closer or I'll stomp on you. Even though I'm like half your size.

9th place?! Yes, 9th place. Look: this game is fun, it's one of the first side-scrollers ever, and it basically marked the advent of the "boss" concept in video games, but there's nothing hugely monumental about the technology behind it. And if you ask me, Nintendo has been riding out this franchise for far too long. All that aside, Mario is probably the most well-known video game character ever and the music is equally as revered. 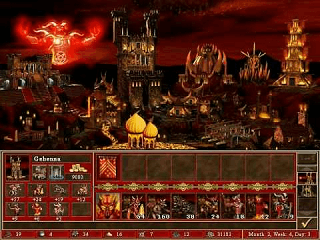 A view of the "Inferno" faction's town

Over the years, there have been quite a few attempts at making a "build an army and take over the world" type of game in both real-time and turned-based paradigms. Heroes III is one of the few that got it right. Whether it be the extremely dynamic town views, the multitude of heroes, creatures, and artifacts, or the unprecedented Artificial Intelligence of the non-human players, this game rocks on so many levels. It even provided support for like five different internet gameplay protocols. 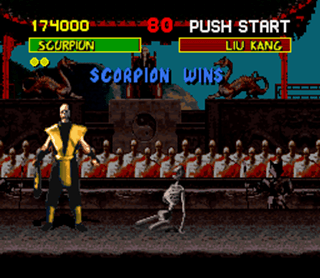 And for my final trick, I'll reveal my brainless skull and burn you to a crisp.

This game is a prime example of upping the ante in the video game world. To make the character sprites, costumed actors were photographed and digitized to make them look life-like, rather than being hand-drawn by artists. Though many may argue that the Street Fighter franchise should have a place in this list, I am an advocate of the Mortal Kombat series for the technology it brings to the table. For starters, let's do a quick tally: how many movies have been made for each? Enough said. For me, MK is the first real fighter game. 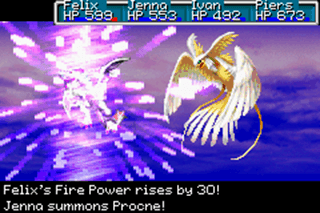 A look at the Procne summon sequence

Game Boy Advance cartridges are these tiny little plastic things that feel sort of flimsy. In spite of that, you have Golden Sun which packs so many characters, sprites, animations, and monsters into one cartridge, that it's more magical and mysterious than the "psynergy" you fight with in the game. Arguably, Final Fantasy could have a spot in this list, as it is largely similar in concept to Golden Sun, but the development of the universe in which this game takes place compels me much more than Final Fantasy. Plus, at the time this was released, you didn't just "put" giant, full screen, high-res cut scenes into a cartridge game. You just didn't... But Golden Sun did, earning it 6th place in this list.

Phew. Take a breather. You've made it to the top five. Buckle up and keep scrolling! 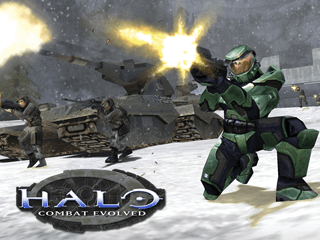 Let's face it: a few years ago, nobody cared much about the story of first-person shooter games. Sure, there's 007 Golden Eye for N64 and Counter-Strike for PC, but "Golden Eye" is known more as a Bond movie than a video game and Counter-Strike is less a "game" and more a "multi-player killing fest". But in 2001, out comes the highly anticipated Halo, and it delivers. The creators looked into the future and came up with a plausible state of the universe. This also marks another large step forward in Artificial Intelligence; Each enemy not only responds to visuals and sounds, but also has a unique way of reacting to what they hear or see. Some charge towards you. Some run away. Halo combines thrilling first-person adventure with realistic weaponry and gameplay mechanics, earning it a spot in the top five. 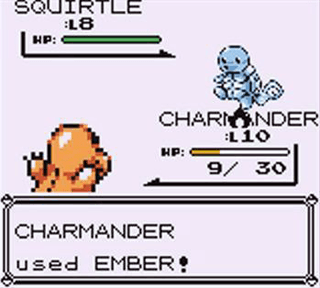 It's not very effective...

This game ballooned into so much more than the developers ever could have anticipated. By pure chance, the way it was coded opened up a world of complete mystery and rumor surrounding things like Missingno., Glitch City, and Mew. Because of that, the usual addictive quality of this game is compounded. By itself, the game is EXTREMELY addicting. It literally compels the player to keep searching until they've beaten every trainer, obtained all badges, and unearthed every creature in the world. And that's no small feat. In spite of being an even older version of a cartridge than Golden Sun, they've managed to cram over 150 unique creatures and hundreds of items into the game. 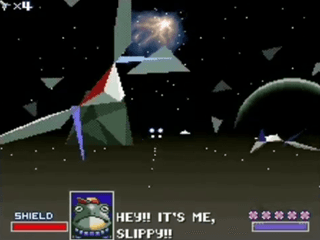 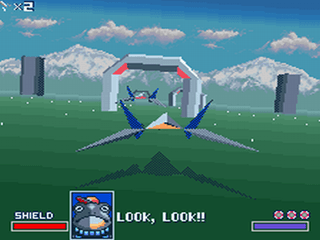 All of my computers are named after StarFox planets and entities. I've got Lylat, Corneria, Venom, Katina, Titania, and Sector-Y.

This one's probably going to raise a few eyebrows, but hear me out. This is a 3D game. It was released in 1993. Talk about a huge step forward in gaming. I mean look at these screen shots. The StarFox game cartridge was the first consumer product ever to contain a 3D graphics accelerator, known as the Super FX chip. Think for a moment about all of the technology and design that had to go into this game to make it possible: wire frames, multi-dimensional polygons, 3D texture mapping, and the animation of each of those in real-time. Not to mention the plot is fantastic and includes some pretty epic and exotic bosses. I mean come on, you could buy a box of Apple Jacks at the store and get cards with tips/secrets to the game. One particularly useful secret is the "Awesome Black Hole" level, which if used correctly, can transport you to any other stage in the game. Check out this YouTube video for a look at the whole game. 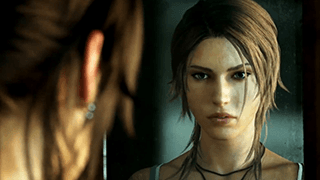 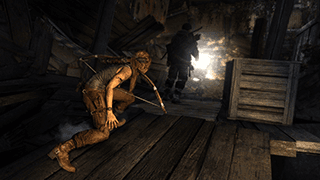 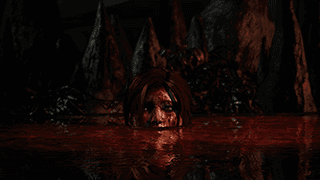 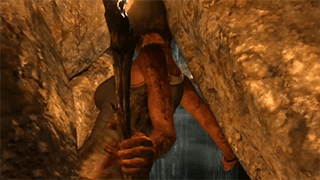 CGI has really come a long way. After this scene, your hair, skin, and clothes are bloodstained until it eventually gets washed off by rain.

Beautiful. And I'm not talking about Lara Croft (okay maybe a little). This game 100% defines the direction in which I want to see all video games move in the future. For sheer cinematic experience, this game is off the charts. Character-environment interaction: off the charts. Gameplay mechanics: off the charts. Addictiveness: you guessed it—off the charts. One of the most compelling aspects is that the physical traits of the characters get carried along throughout the game; you never "magically reset" to a cleaned up, healed Lara. This dramatically helps to maintain the integrity of the plot throughout the journey. These days when I play a video game, I want to be floored. I want to have moments where my heart is pounding and my hands are sweating. I want the game to be so good, that I'm literally depressed when I've reached the end. Tomb Raider is exactly that. 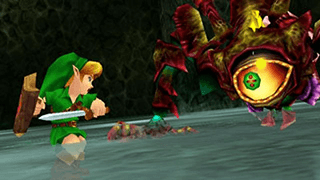 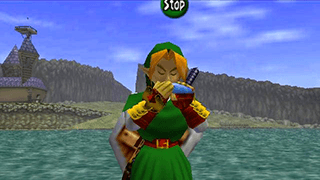 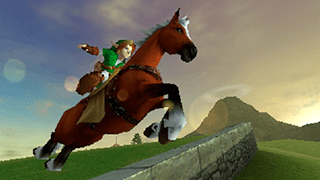 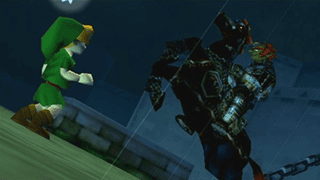 Please don't make me go in the Water Temple. I hate that place. I actually got stuck in there from using the keys in the wrong order and had to restart the whole game. Talk about a challenging puzzle...

Any game that incorporates time travel is either going to be really amazing, or a complete disaster. I think you can guess which one describes Ocarina of Time. As you're going through the game, you sort of "grow up" at one point and then proceed. Never in my wildest dreams did I think you'd actually have to go back to being an incapable, little kid to enable you to progress further in the game. But that's really why this game sits atop so many "best video game" lists: the puzzles and quests in this game are virtually unmatched by any others. The plot is so tightly intertwined with the game environment, that using little more than one joystick, one shoulder button, and two push buttons, you end up with some of the most challenging and rewarding video game experiences ever.

I hope you enjoyed this list. Perhaps some day I'll make an updated one after playing an abundance of new (and old) games!

This blog post is from "The Vault". It was migrated from an older version of Harvtronix.com.